Ex intelligence officers face many challenges adjusting to civilian life. This is a 4 page story to illustrate the transition, and the challenge of hiding their background.

The story and characters are entirely fictional.

Emmanuel wanted to wear a pink shirt because it looked least like an ex intelligence officer, but he didn’t dare surrender to feelings. And he feared attracting attention to himself.

“Embrace your emotions,” his wife said, repeating what she often said when they were out walking the dog. “This is part of rediscovering yourself. Read literature, go to art exhibitions, and if you find yourself crying, it’s a sign you’re putting the Agency behind you.”

Emmanuel didn’t cry. And his experiences in the “Agency” filled his nightly dream world, and disturbed his concentration in the same way that sex had when he was a teenager. The worst had been that final month with the formal letters, the ostracization by his colleagues, and finally an ice-cold meeting.

And now he had a new job in the corporate world, with a better salary and a job title that avoided words like “intelligence” and “spy”. Except it was almost the same work as before. He even had a team, this time with two researchers, an analyst, and a recruit that was meant to act as a liaison but was hopeless. The enemy was no longer a terrorist group or foreign country, but an industrial competitor: Glynefeld Industries. And (another and, he reflected) when he joined the company, he had been forced to sign a statement. I will always act ethically and within the law. Which was a crude way of saying, “don’t get caught”.

Emmanuel was at his desk before his team. He smiled as each of them arrived, asked after their family or hobby or interest, and exchanged a joke. The casualness felt like an act, but when he had arrived they looked terrified of him – the ex intelligence officer who pretended he was just a financial accountant. That was when he decided to appear relaxed and approachable, and try and avoid criticism.

The team had been at work for almost an hour when they hit him with it. “Emmanuel, you wanted to be told if Glynefeld did something unexpected. They’ve just signed an eight million dollar contract with a US military supplier. That’s a first. They’ve never touched military before.”

Emmanuel felt his heart pattering. He hadn’t predicted this, he hadn’t issued a warning. If it was true, there would be questions about his competence at intelligence and the value of his team. “Who else knows?” Bad news travels fast, and appearing to dither was a sign of incompetence.

“Lots. It was announced late last night.” Last night, and nobody had told him until now. The pace of life was very different to counter-terrorism. There would have been sharp words in the Agency if it had been left that long.

“Later, I’ll help you find a way of speeding up, so next time it’s us that gets the credit for giving the warning,” Emmanuel said, but he knew he was in trouble. He’d booked the obligatory crisis meeting, but this was now damage limitation.

There were just slithers of hope. Maybe it was false news, or Glynefeld had taken a contract that would become a disaster for them, or perhaps Emmanuel could find a way of distracting attention from his mistake.

He chose a meeting room that was small so they couldn’t line up on the opposite side of the table to him. And he sat with his back to the window so anyone sitting opposite him would squint.

The first of the attendees was wearing a large black face mask that bulged erratically over his beard. He had the narrowed eyes and forward lean that characterised someone looking for a fight. “Did you find this happening at the last place you worked?” The name of the agency wasn’t mentioned, but it was clear his opponent knew Emmanuel was an ex intelligence officer. The cover story hadn’t worked.

“I wouldn’t like to say,” Emmanuel replied automatically. Secrecy would be upheld.

That was the end of the chatter. Emmanuel worked the conferencing technology in silence and waited for people to connect. At least the home workers were not hidden behind masks.

There were eight people in the meeting. He gritted his way through the description of what Glynefeld were doing, and how they’d managed to negotiate a contract without any of Emmanuel’s sources spotting it. “It must have been a small secretive group who were involved,” Emmanuel explained. It was an excuse.

The quizzing came from the man with the masked beard. “Emmanuel, surely you could have guessed they were going this way, couldn’t you? You watch their recruitment patterns, their engagements, office chatter. Did you miss something?”

“This was an unknown unknown – completely left field.”

“But aren’t you trained to find these things?” It was more criticism – bullying – and it misunderstood the day-to-day mechanics of intelligence work.

“There’s a useful account of intelligence analysis practice in David Omand’s latest book,” Emmanuel replied, hiding behind the published work of an ex head of the British GCHQ. “Analysis includes looking at a set of different strategies, and estimating the likelihood of each. It doesn’t mean the most likely thing will happen, just that it may happen.”

“But you didn’t predict this one at all. Is that why we get so many political and military disasters?” The questions were becoming persistent, and they felt personal. It was like an attack on anyone who worked for the intelligence services. All guilty, by association with institutionalised weaknesses and a handful of flawed people.

“No.” A short and sharp answer.

“And you? We haven’t really established why you chose to leave your last role. It was your choice, wasn’t it?”

Emmanuel stared back. It was against everything in his nature to disclose secrets, even personal ones. But sometimes it was necessary. “It was a mutual agreement, after I made a mistake. A mistake I didn’t realise I was making. I had been under enormous stress, but that’s not a valid excuse.”

“And now you ask us to trust you?” He stared at Emmanuel’s pink shirt as though it was out of fashion.

“I made myself a promise, that if I ever saw someone else doing the same thing, I’d call them out.”

“But it’s so secret, none of us will ever know what really happened. So that’s an easy promise to make.”

Emmanuel paused, waiting for the moment when they thought he would not answer. “No. It’s not a State Secret. My mistake was I had let myself become a bully.” He stared his colleague in the eyes. “As I said, I will fight anyone I see bullying.”

To understand the mindset on ex intelligence officers, think as a serving intelligence officer. A good example is from David Omand, in “How Spies Think”, 2020. His book is focussed on the methods of intelligence research, analysis and use. There are numerous anecdotes (from the public domain). For reviews, see https://www.goodreads.com/book/show/51780145-how-spies-think  and https://2bookspermonth.com/how-spies-think/ and https://inews.co.uk/inews-lifestyle/people/thinking-like-a-spy-truth-lies-former-head-of-gchq-david-omand-748465

“Unknown unknowns” are explored on this website, both as a discourse in “4 ways to manage unknown unknowns and their opportunities” and in stories such as “The secret devil’s advocate” and “Too many presidents”.

And if you profession is (or was) as an intelligence officer in the USA, look to The Association of Former Intelligence Officers  https://www.afio.com/ 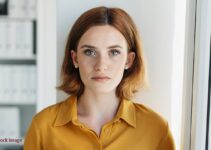