Away from my career as a Chartered IT Professional, I’m a spy thriller author. That includes the novels and the 10+ flash fiction stories on this website.

The main stories also focus on investigations that lead to crime prevention. That’s a different approach to police approaches to finding and proving the culprits in a crime. My stories mostly focus on MI6/SIS characters and their international roles. With that comes danger and ethical questions.

Most of my central characters are intelligence researchers, intelligence analysts and the support staff. They are underrepresented and misinterpreted in spy thriller writing, and they’ve got a story tell.

Le Carré (David Cornwall) focussed on intelligence officers, and the morality of the most senior people in intelligence, government and industry. I focus on the large industry of specialists, and the pressures on them, and how they cope with the hard moral situations in which they find themselves. I’m particularly interested in seeing improvement in the Duty of Care for intelligence services and general professionalism.

My spy thriller writing began while I worked in the International Institute for Strategic Studies. I have relied on my love of adventure, eight years of research, and my experience of leading over five hundred people on innovative changes in online publishing and retail.

The spy thrillers I write

During 2022 I have been doing a major rework of the novel, using expert advice. Once finished, I’ll look for representation (an agent) again.

I have a sequel for my heroine, in which she shows how intelligence analysis and operation leadership need to be tightly linked.

There’s a growing collection of flash fiction here. It’s free to read (although copyright remains with me).

The stories cover detail that does not find its way into the novels. Over time I hope to build a portfolio of novels and micro stories that illustrate the different aspects of the modern profession, and the people within it.

Some of the stories also have a second use, because they illustrate aspects of professional life that also exist outside the intelligence profession. This I can use in my non-writing work.

If my writing helps intelligence professionals cope with their challenges and find ways of improving, then I’m glad.

If it also helps their friends and families understand the secret realities, then I’m double-glad.

That’s part of my dream of contributing to the world as a spy thriller author.

Why do I avoid gratuitous violence?
Because I found no need for literary licence. The real world of espionage is even more extraordinary than fantasy.

Where did I learn about espionage?
I taught myself. I study reference books and biographies, I use system dynamics to ‘reverse engineer’ intelligence agencies, and I explore the human impact via my fictional characters.

When did I start writing?
I first started fiction writing in my early teens. I was inspired by a school alumnus, W. Somerset Maugham, and an English teacher who encouraged me to write fiction instead of essays. At that point, it never occurred to me I’d develop in to a spy thriller author.

Where do the ideas come from?
Everywhere about me. I work out what ideas I need for a project, then go and find them.

Where do I write?
In my period bungalow on the edge of Reading, surrounded by books, music, bicycles and worn out running shoes.

Don’t you worry about censorship from the intelligence services?
No. I write about modern intelligence methods, which is an established area of academic study. I avoid secrets because they limit what I can write.

How can I write and also enjoy taking landscape photograph?
I don’t know. I love music, too. And laughter. Perhaps all these things come together. 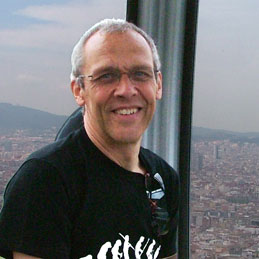